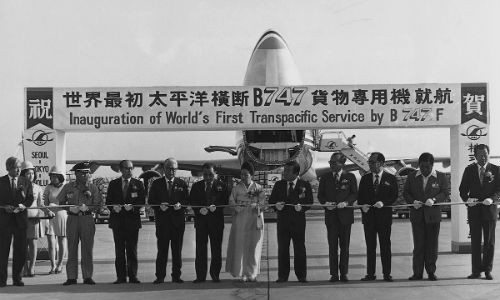 ‘Our vision: To be a respected leader in the world airline community.’

Korean Air cargo business began in 1971 with Seoul-LA route, the first trans-pacific network in Korea.
Since then, we have expanded our business through the introduction of B747-400F cargo aircraft and
dedicated cargo terminals overseas, such as New York and Tokyo airport.
From 2004 to 2009, Korean Air Cargo was ranked No. 1 in the international cargo transportation category announced by IATA.
We operate a total of 23 freighters including B747-8F and B744F.
Recently in April 2019, we introduced a new cargo system, iCargo, for better customer service.