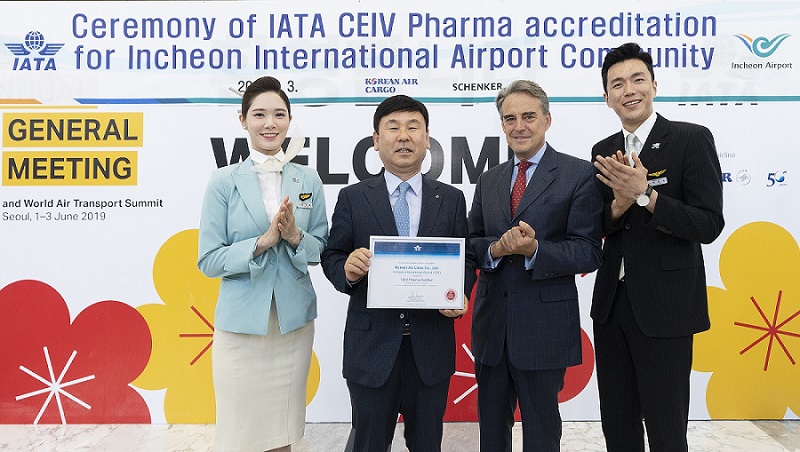 (Seoul, 3, June, 2019) – Korean Air has been awarded the IATA Center of Excellence for Independent Validators (CEIV)

Pharma certification.  IATA's 'CEIV Pharma' is an international standard that indicates an airline’s capability to manage

pharmaceuticals, including the handling procedure, equipment and facilities. More than 280 check lists are evaluated

by validator to authorize the certification.

The pharmaceutical product is a booming cargo sector, with an annual average growth rate of 5.4% over the past

decade. Unlike general cargo, pharmaceuticals such as vaccines or insulin, can be easily spoiled unless transported

at the correct temperature or refrigerated storage. In this respect, Korean Air has established a strict management system

changes when opening and closing the temperature-controlled facilities of the cargo terminal.

In preparation for the ‘CEIV Pharma’ certification, Korean Air adopted the international standard and regulations

pharmaceutical training for all employees, including its suppliers.

Total 220 companies, including 18 airlines, have received the ‘CEIV Pharma’ certification so far. (End)