Korean Air has brought the first Pfizer COVID-19 vaccine to Korea. The Airbus 330 aircraft delivered 117,000 doses – enough for 58,500 people –
from Amsterdam, the Netherlands to Seoul this afternoon. 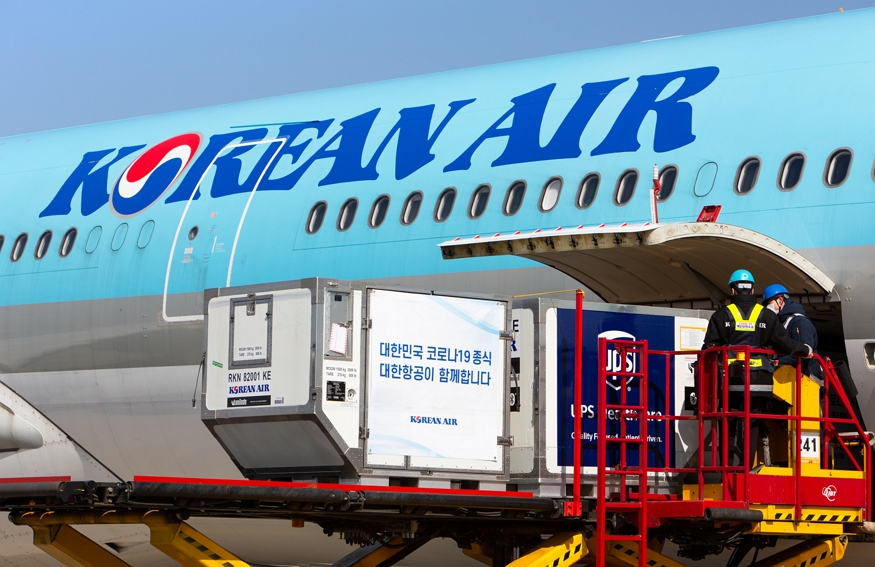 The vaccine transport was a collaboration among Korean Air; Korea’s Ministry of Land, Infrastructure and Transport (MOLIT);
the Korea Centers for Disease Control and Prevention (KCDC); Korea’s Customs Service; the Korean military and police, and UPS,
the global logistics company.

Based on its expertise with specialized cargo, Korean Air loaded the vaccines packed in 21 custom-made boxes into special containers,
and transported them in a temperature-controlled environment. Vaccines require a variety of temperatures for shipping and Korean Air
has established itself as a carrier able to accommodate sub-zero shipping temperatures.

UPS oversaw transporting the Covid-19 vaccine until it was loaded onto Korean Air from the Belgian production plant. After its arrival in Seoul,
UPS transported it to vaccination centers in five Korean cities including the National Medical Center in Seoul.

As one of the world’s largest cargo carriers, Korean Air has been at the forefront of the global vaccine distribution. Earlier this month, Korean Air
signed an agreement with UNICEF for humanitarian and relief shipments of COVID-19 vaccines. Korean Air was selected by UNICEF based on
strict standards such as a global network, cargo capacity and experience shipping specialized cargo such as pharmaceuticals and medical equipment.

Korean Air is committed to the safe and swift vaccine distribution worldwide and is actively supporting the global public health initiatives associated
with COVID-19. 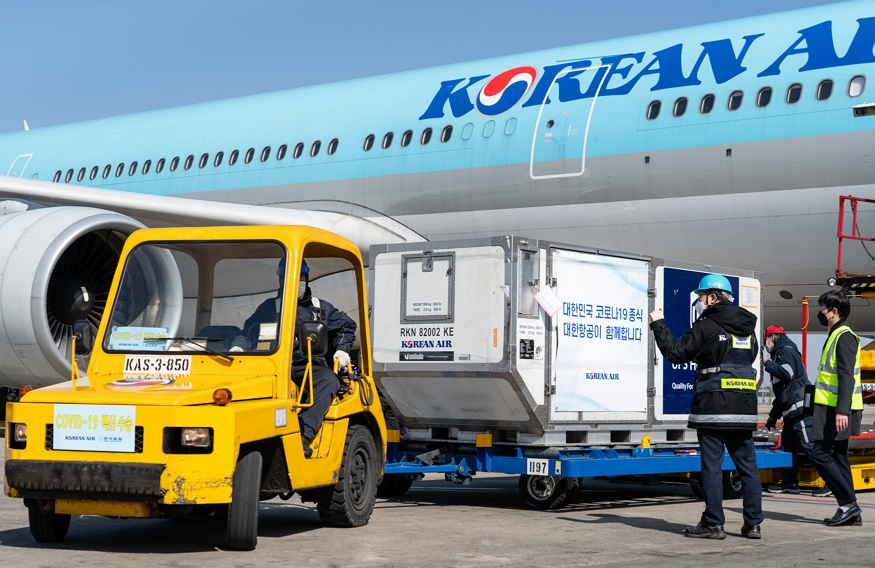